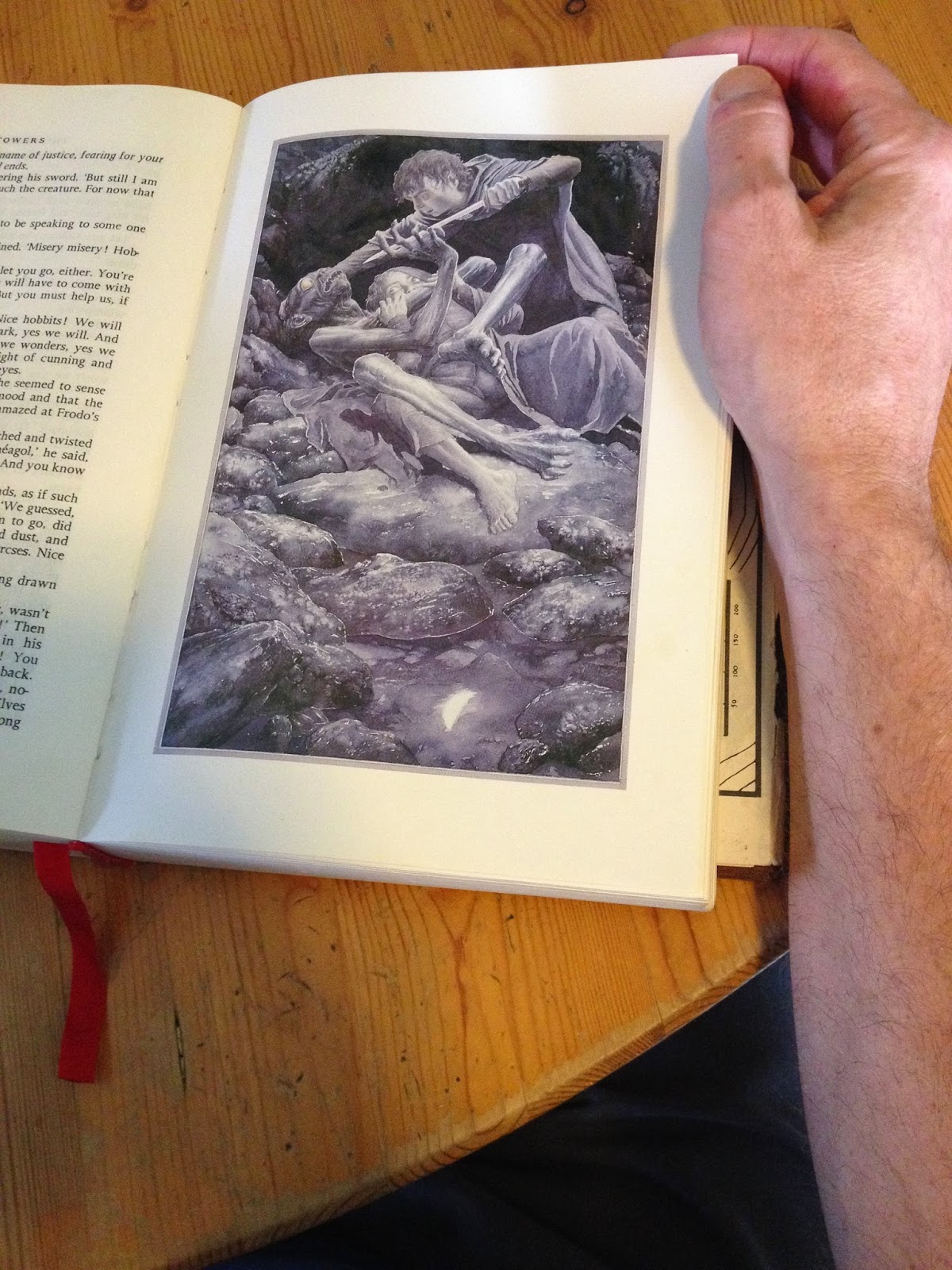 Teaching at a university like MacEwan means time spent teaching, preparing to teach, and marking stuff students write because of what you teach. Marking takes more time than anything else, and most academics I know gripe about it, but it’s mostly people just complaining about a job in order to blow off steam. If I dug ditches for a living, I’m sure I would complain about the ditch.
Another part of my job as an academic is to write stuff about kid’s books. At the moment, the authors about whom I’m most interested in writing include Tolkien, Lewis, Rowling, and Montgomery. Academic writing is different from any other writing I do. Like any form of writing, it’s hard. But it’s hard for particular reasons—some of which have to do with the time it can take, and some of which have to do with trying to sound smart when I’m not always sure what I’m talking about. It’s a learning experience every time. It can also be intimidating to write about authors who were both formidable academics in their own fields. J. R. R. Tolkien was a teacher, philologist, and medieval scholar, and C. S. Lewis was a teacher, tutor, medievalist, and Christian apologist. Sometimes I wish I could go back in time to follow Tolkien and Lewis to one of the Monday meetings of the Inklings at The Eagle and Child in Oxford—to sit, smoke, drink a pint of beer and listen to this group of friends talk and argue about life, writing, and literature.
If you are interested in fantasy, like me, then you’ve probably thought about why so many things in J. K. Rowling’s Harry Potter books remind you of Tolkien and Lewis. Wondering about this connection forms the basis for an article I’ve recently had accepted by a journal in the UK—The New Review of children’s Literature and Librarianship. I’m hoping the article will appear later this year. Here’s a short excerpt.
If academic writing puts you to sleep, then skip the excerpt and ask yourself some of these questions: is Dumbledore just another version of Gandalf? Did Rowling get the expression “you-know-who” from Lewis’ The Last Battle? And why do Rowling’s house-elves seem like domesticated versions of Gollum?
From: Finding a Place on the Literary Map: Harry Potter, Secondary Worlds, and Post-Potter Fantasy
(by me)
Tolkien and Lewis’s influence on Rowling extends to the details of the series as much as it does the archetypal and heroic substructure of the genre. Harry’s invisibility cloak, the gateway onto Platform Nine and Three Quarters, the basilisk, the Whomping Willow, the giant spiders, the Horcruxes, Bellatrix Lestrange, and even the character of Dumbledore himself represent points of intersect with both Tolkien and Lewis. For example, Dumbledore is not simply the generic wise old man of the fairy tale. He recalls Tolkien’s Gandalf, albeit more humanized and more playful, and as Tosenberger suggests,” Dumbledore is “the world’s most powerful and respected wizard, a complex, brilliant, and benevolent man, and one of the major characters in the series—and he is also gay” (201). Dumbledore’s sexual orientation aside, he clearly recalls the wise old man of the fairy tale, in addition to his resemblance to Gandalf in terms of his power, depth of knowledge, and general inscrutability.
As a hero, Harry reinscribes heteronormative representations of white masculinity, but he also redefines the traditional limits of the fairy tale hero and subsequently pushes the boundaries of secondary world fantasy. Harry is the archetypal hero. He does not embark upon a quest proper until the search for the Horcruxes in The Deathly Hallows, but he encounters trials in various forms throughout his six years at Hogwarts. The series of tests beyond the trapdoor in The Philosopher’s Stone, the encounter with Tom Riddle in The Chamber of Secrets, and the Triwizard tasks in The Goblet of Fire all constitute tests of Harry’s character and abilities.
A brief extract, but you get the idea. Next time you sit down to read any of the Harry Potter books, think about how much of what Rowling did was grounded in the works of these two literary giants. Happy reading.