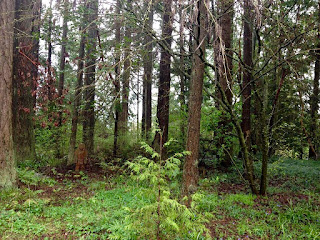 Dedication
for my daughters
Once on a time there lived a young girl with her father. Her name was Nelly, or Nell for short. She worked hard to keep the house in order and do what she could for her father. He was a good man, and he was lame.
Nell’s father was a woodcutter. One day while cutting down a tree, he was distracted by a voice as the tree fell, and he was struck by a branch and pinned to the ground. He lay there all night, until Nell came looking for him in the morning.
There were just the two of them, for Nell’s mother had died many years before. When her father didn’t come home from the forest, Nell waited up. She wasn’t too worried because she knew that many things could happen in the forest. But at dawn, Nell put a cloak over her dress and apron; she put on her heavy shoes, and she went out to look for him.
She eventually found him, and she was able to cut the branch of the tree that was pinning her father to the ground. He was free, and he was alive, but he was badly hurt. She got him back to their little cottage, but after that he was lame in the leg and couldn’t work as a woodcutter anymore.
So her father became a carver. He was able to work in the garden and help in the house, and he and Nell lived poorly, if happily, for many years. Once a week they went to the market in the town that was beyond the edge of the forest, and there the woodcutter sold his carvings, and Nell sold her jam and her baking, which was some of the best at the market.
It went on like that until one day Nell became restless. “I have never seen the world,” she said to her father.
Her father was sitting on the step before the front door carving a spoon. He looked at her. “If you want to see the world,” he said, “then go with my blessing.”
But Nell hesitated. “What about you, my father? How will you manage without me?”
The woodcutter, who was now a woodcarver, smiled gently. “I will be fine my daughter,” he said. “There are some in the village who will make sure I am fine. I will carve in the winter and tend the garden in the summer. Although I’m sure those who come to the market will miss your jams and you’re baking.”
Nell thought about it long and hard. “I will go away,” she said to her father, after a week. “But I will come back, and when I do, I will know more of the world.”
Her father bowed his head. “So be it,” he said.
And a week later, Nell gathered a few things into a sack she had stiched from an old coat of her mother’s; she put on her walking shoes, took up a stick, and off she went at dawn.