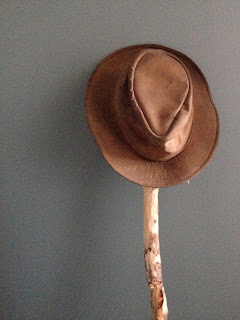 Once upon a time in the old city lived a young girl, who was serving maid to a family. The family wasn’t exactly poor, but the serving maid had nothing. Her name was Elsa, and she slept in a little garret room at the top of the house. The family was miserly and secretive, and they didn’t like Elsa much, but they kept her anyway. Even in the old city, having a servant girl was a sign of wealth.
One day, Elsa was sweeping the floor, and she spied a letter sitting in the hearth. Elsa couldn’t read, so she took the letter to her mistress, who received it rather suspiciously.
“Why,” said her mistress, sweetly, “it’s an invitation to attend the Queen of the Fairies on the christening of her child.”
Elsa’s mistress was no fool, and she watched Elsa expectantly. It was a fine thing to have a serving maid, but Elsa insisted on being fed—and so often. This was her chance to get rid of the girl.
But Elsa was no fool either—even if she couldn’t read. She knew the fairies were trouble. They lived in the suburbs of the old city, and they were constantly stealing children or trying to lure people into their mounds.
“But anything is better than this drudgery,” thought Elsa to herself. And she got her heavy coat, and she left the house in search of the mound of the Fairy Queen.
It wasn’t long before Elsa was met by three fairies, all dressed in jeans and black leather jackets. One had spiked blue hair, the second had a pink Mohawk, and the third was a skinhead. Tough looking characters.
They led Elsa to the suburbs of the old city, where the roads were split and crumbling, and the houses were falling apart or entirely collapsed. They brought Elsa to what seemed the most ruinous of all the houses, but inside, weirdly enough, was a wide hall, hung with tapestries of gold, and at the far end the Fairy Queen herself, a beautiful lady, wearing rich robes of silver and green, and holding in her arms a fairy baby.
“Welcome, Elsa,” said the Fairy Queen, with a dazzling smile. “Let the ceremony begin.”
Things got under way, while Elsa held the baby. The fairies didn’t look so scary in their own hall, and after the christening, Elsa laughed and danced and ate to her heart’s content. The fairies certainly knew how to have fun.
After what she thought was three days, Elsa told the fairies: “It’s time for me to go—back to my life in the old city.”
The Queen filled Elsa’s pockets with gold, and sent her on her way. The same three fairies guided Elsa back to the old city, but Elsa had a bad feeling. She didn’t like the way the one with the pink Mohawk was smirking at her.
She got back to her own mistress’s front door, but when she turned to thank the fairies, they were gone. Sighing a little, Elsa went into the house. She caught up the broom and began to sweep.
“Where did that chair come from?” she said to herself, as she swept. “And I certainly don’t remember that at all,” she said, looking at a dark-wood bureau, stacked with elegant china dishes and plates.
“What are you doing in my house?” cried a voice behind her.
Elsa whirled to see a woman standing in the kitchen door. She was definitely not Elsa’s mistress.
And then she knew. She hadn’t been three days with the fairies; it could have been years. “What’s the date?” asked Elsa.
The woman was so taken aback by the question, she answered at once.
“Oh dear,” said Elsa. “Seven years, for sure.”
Elsa explained to the woman what had happened—how she had gone to visit the fairies on account of the letter. It turned out Elsa’s old master and mistress had died in the meantime, which Elsa found she couldn’t be too sad about.
“But you can come and work for me,” said the woman, looking Elsa up and down.
But Elsa remembered the days of drudgery, and she thought of the gold in her pocket that the fairies had given her. “You know,” said Elsa. “I think I’m good.”
Elsa left the house, and she set up on her own, not in the old city, but in the new town. She bought a condo overlooking the river, and she went to school. “Reading and writing could come in handy,” she said to herself. She didn’t stop there. She went on to university and got a degree. Then she set up her own consulting business, and she specialized in advising people who received letters from the fairies. She lived very happily, but Elsa could never bring herself to hire a maid.