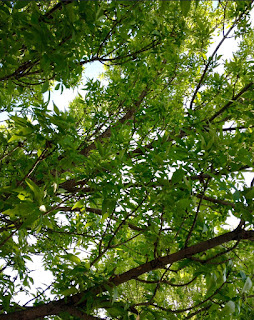 Summertime is about many things, but for me it’s always about finding new books. Such books often become landmarks in my reading life.
In July of 1999, my children and I moved into a new house. It was a major change for us, especially after five years of University housing. The house felt big, and in some ways we missed the slightly cramped, and badly designed rowhouse where we had lived for five years.
We spent a couple of weeks unpacking and settling in. At that time, I still read books on cassette tape. Books for blind readers hadn’t yet advanced into the digital age. I had a small library of books on tape that I read and reread, and I got what I could from the CNIB Library in Toronto, and Recordings for the Blind in the states. But before we left our old house, a neighbour, a lovely mother of three named Rachel, gave me a book on tape—six cassettes bound together with an elastic band. I remember shoving the book in with my things and forgetting about it.
Once things settled down, I found the book and decided to read it. It was a rainy July that year—wet and cold. It wasn’t the hot July thunderstorm weather that you usually get here in Edmonton; it was a drizzly, cold rain that never seemed to end. Worse yet, my house was freezing. I hadn’t figured out how to work the electronic thermostat, so we all had to put on sweaters and slippers to keep warm.
My kids were out with their mom one afternoon, and I remembered the book Rachel had given me. I found the book, found the first tape, and started reading. The book was Harry Potter and the Sorcerer’s Stone, a pirated copy of a Random House recording read by Jim Dale.
I had heard of the book, but I knew nothing about it. My kids knew about it from school, but their mom didn’t want either daughter reading it until one of us had read it first.
It took me a while to sort out Rowling’s world, and I wasn’t sure I liked it at first. It seemed to be breaking all of the rules of good fantasy I’d learned from reading Tolkien and Lewis. There was too much overlap between the regular and wizarding worlds, and how could anyone read Dumbledore and not think of Gandalf, or even Merlin from T. H. White’s The Sword in the Stone? But I kept going, and soon I was hooked.
Reading in my room another afternoon, my youngest walked in to ask me a question. She heard Jim Dale read:
“Urgh – troll boogers.”
This of course is the scene in chapter 10, in which Harry and Ron rescue Hermione from the mountain troll in the girl’s bathroom.
“What are you reading?” asked my youngest, a little incredulously.
That summer began my love for the Harry Potter books. My children were soon reading them as well, and in not very long we were all caught up to The Prisoner of Azkaban. Then began the wait for the next book.
Within a couple of years I was reading books in a digital format. I was stunned at being able to go to the CNIB Library cite and download a book, which I could then read. I discovered Audible, and began buying and downloading books from there as well. It was a shift in the way I thought about books. I could browse online for a book and then get it—new books as well. My life to that point had been characterized by waiting and waiting for books—waiting  for them to come in the mail, waiting for books to be recorded by volunteers, or waiting for books to just become available in a format I could read.
The Harry Potter books weren’t available digitally, but I started buying them on CD. Both my daughters had their own CD players, and some days you could hear the voice of Jim Dale coming from three separate rooms in the house. We talked about the books, argued about characters, and my youngest even invented Harry Potter Jeopardy, which I can tell you led to some lively evenings.
My kids and I have read and talked about many books over the years. I sat with both of them as they first learned to read picture books, and later as they moved onto chapter books. Their tastes have diverged over the years, but we always had the Harry Potter books in common. Regardless of what you might think of the series, its power for us was as much the way it brought us together as a family of readers as it was the story.