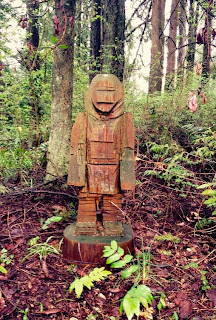 This weekend sees the 27th annual TALES Storytelling Festival happening in Edmonton’s Old Strathcona. TALES is The Alberta League Encouraging Storytelling, which has been around for decades. This year’s festival has moved from Fort Edmonton Park to Old Strathcona, and I wish it all the best in its new home.
I have many fond memories of the festival, having told stories to adults and kids, most recently last year. One of my all-time favourite venues for storytelling is Saint Michael’s church on, I think, 1920 Street in the park. Fort Edmonton is a unique venue for such a festival, and I’ll miss it this year, but I’m also looking forward to the new location.
The TALES festival has evolved over the years, but it has remained at heart one of the best festivals of its kind in the country. The TALES website calls it a “grassroots” festival, which I think is a good way to describe it.
TALES Website
But the annual festival is only part of what TALES does. Apart from the festival, I also have fond memories of the monthly TALES meetings, which for years took place at the City Arts Centre in Edmonton. Once a month, a group of people would gather to tell stories. The evenings were full of every kind of story. The story-stick, at that time a carved rabbit, would make its way around the circle, and whoever held the stick could tell a story.
I remember taking my kids to one of the monthly meetings, mostly because I got wind of an appearance by Robert Munsch. He was in Edmonton for a concert at the Windspeare Centre, but he agreed to come to the TALES meeting. My kids were still pretty little at the time, but they were eager to meet the author who wrote the crazy stories they loved so much.
I happened to be sitting next to Munsch, and when he held the stick, he peered around me at my youngest, who was hiding behind my chair.
“What’s your name?” he asked, in a stage whisper.
She didn’t answer. I sighed, and told him her name. Munsch proceeded to tell the story of the Valentine Cookie, using my daughter as the main character. My youngest never came out from behind my chair, but she never forgot the story.
After Munsch, I got the stick, but I don’t think I told a story. I passed it to my eldest, and she told a story. The precocious little beggar had sound effects and hand gestures to go along with her story, which was one I had told at bedtime, and she managed to make an impression on the whole room. At the time, I thought it brave of her to tell a story to a room of mostly adults, and I thought she gave even Munsch a run for his money.
Enjoy the festival this weekend. Take in some stories, and you will no doubt come away with some of your own. Stories give rise to stories, and remember that you can never get enough.