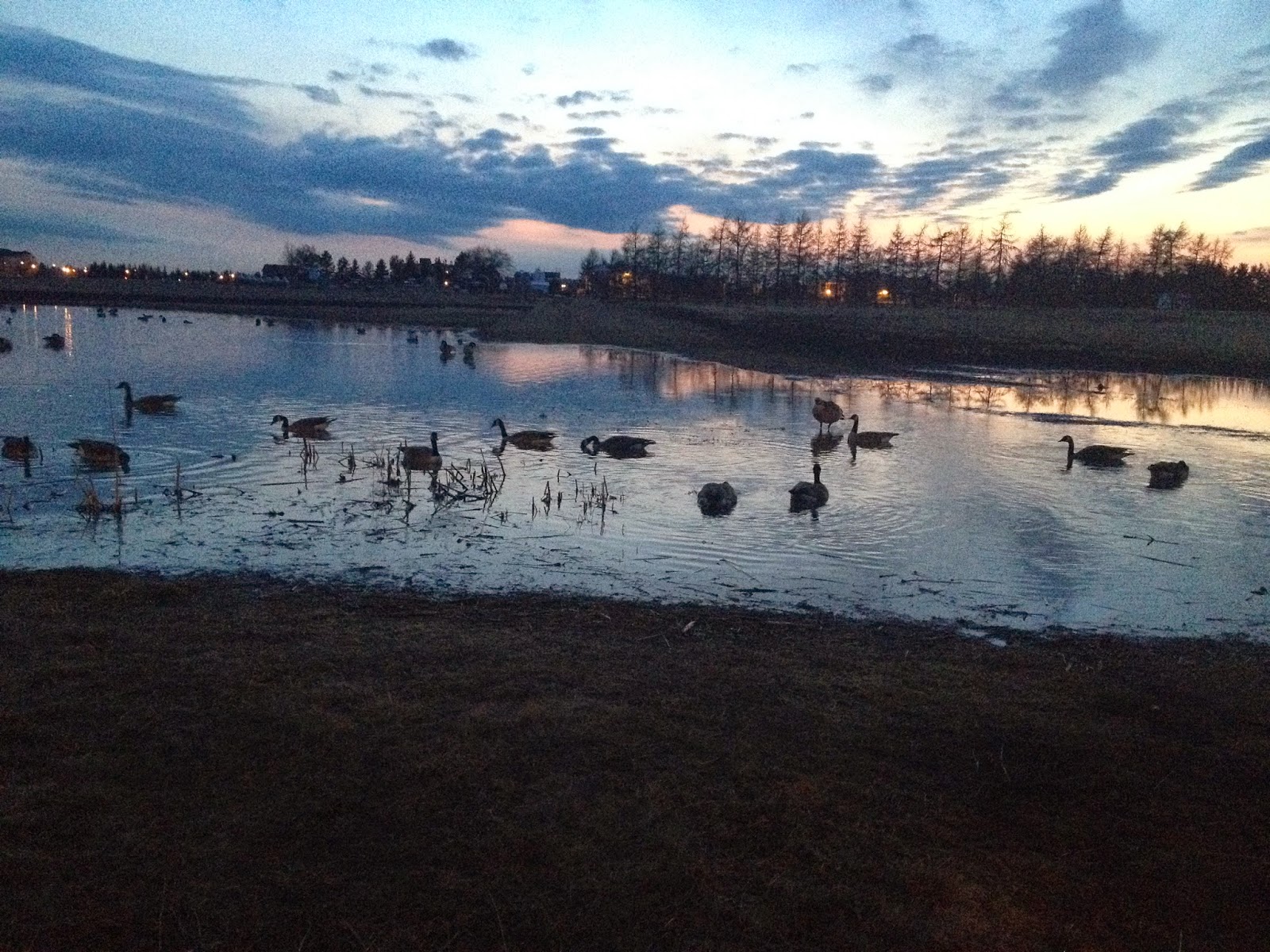 Mr. Fox liked to walk along the edge of the old city. One spring evening, he was strolling along, and he happened upon a marshy place where a flock of geese were gathered, splashing and gabbling in the swampy water.
“What do we have here?” he said, eyeing the fat geese, as he leaned on his walking cane. “Looks like dinner.”
The geese were terrified, and they honked and cried for mercy.
“Mercy,” laughed Mr. Fox. “You will find no mercy here. I’m interested in some dinner. Now you just line yourselves up in a row, and I will wring your pretty necks one by one, and then take your carcases back to my house in the city.”
But there was one old goose who was at least as cunning as Mr. Fox. She was a grand dam of the flock, and she peered up at Mr. Fox.
“Mr. Fox,” she said, bobbing her head, “since you are going to eat us anyway, I don’t suppose you would mind if I told my children and grandchildren one more story?”
Now, if Mr. Fox had a weakness, besides a greedy desire for fresh goose, it was for a good story. “Oh, very well,” he said, petulantly. “Tell your story. But when you are done, I expect you to lineup like good little geese so I can pick out the fattest for my table.”
The old goose began her story. She gabbled and honked, telling of faraway places, of all the things she had seen on her travels, of the lives of people and animals, of strange and secret things only seen by moonlight and starlight. And before she was finished, she was joined by one of her children, and together, they gabbled and grumbled and honked of the places they had seen together. They were join by the others, one by one, until soon the whole flock was gabbling the story of their travels, from the hot countries of the South to the wide spaces of the North.
The sun slowly set, and Mr. Fox listened, forgetting about everything else as he was swept away to places he had never known.
Did Mr. Fox ever get his dinner? Who can say, for the geese are still telling their story to this day. And if you stop to listen, in the spring and the fall, you can hear it too—the gabbling of traveler’s tales upon the air.