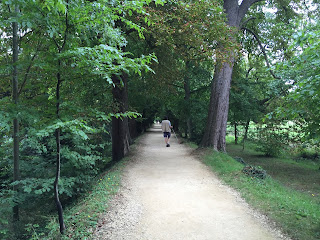 “Balder the beautiful is dead, is dead!” These are the words, according to C. S. Lewis in Surprised by Joy, that introduced him to the myths of the north. His love for what he called “that northern thing” persisted throughout his life, and formed the foundation for two of his life-long friendships—Arthur Greeves and J. R. R. Tolkien.
Many people know and love Lewis’ Narnia books; fewer know his Space trilogy, beginning with Out of the Silent Planet (1938). Fewer, again, know his Christian apologetics or his essays, and you might get a blank look if you start talking about Lewis’ scholarship. Perhaps this is the difference between Narnia fans and Lewis fans. Look here for a full list of Lewis’ works.
If you are going to grapple with Lewis as a writer, then you have to deal with him as a Christian. For some, this can be an uncomfortable exercise. A place to begin is Surprised by Joy: The Shape of My Early Life (1955).  This is Lewis’ spiritual autobiography, which he wrote as he was writing the Narnia books. I always find this an interesting coincidence—his interest in writing a series for children may have been the catalyst that took him back to his own childhood. It’s here, in Lewis’ account of being a boy, where you can read about his discovery of the myths of the north, beginning with the words from Henry Wadsworth Longfellow: “Balder the beautiful is dead, is dead!” These words resonated with Lewis, and they became the words he associated with joy, that fleeting sense he had growing up of the presence of the divine.
Lewis’ spiritual autobiography details his journey towards joy, and eventually his conversion to Christianity in 1931. However, if you want to read about the talk with J. R. R. Tolkien and Hugo Dyson in September of that year, you have to find a copy of his letters. It’s a letter to Arthur Greeves dated October 18, 1931, in which Lewis details the evening with Tolkien and Dyson, and the experience on Addison’s Walk at Magdalen College. I’m including part of that letter below, but all of this to say that Lewis’ conversion to Christianity harkens back to his boyhood and the fascination with the figure of the dying god—a discussion that seems appropriate on a Good Friday morning.
“Now what Dyson and Tolkien showed me was this: that if I met the idea of sacrifice in a Pagan story I didn’t mind it at all: again, that if I met the idea of a god sacrificing himself to himself I liked it very much and was mysteriously moved by it: again, that the idea of the dying and reviving god (Balder, Adonis, Bacchus) similarly moved me provided I met it anywhere except in the Gospels. The reason was that in Pagan stories I was prepared to feel the myth as profound and suggestive of meanings beyond my grasp even though I could not say in cold prose ’what it meant’.
Now the story of Christ is simply a true myth: a myth working on us in the same way as the others, but with this tremendous difference that it really happened: and one must be content to accept it in the same way, remembering that it is God’s myth where the others are men’s myths… “
Lewis, C. S. C. S. Lewis, Collected Letters, Volume 1: Family Letters, 1905 to 1931. Ed. Walter Hooper. London: Harper Collins Publishers, 2000. Print.