The American Library Association has been celebrating Banned Books Week in the last full week of September since 1982. The intent of the week is to celebrate the freedom to read, and to recognize those books challenged by various interest groups and those authors persecuted for their writings. 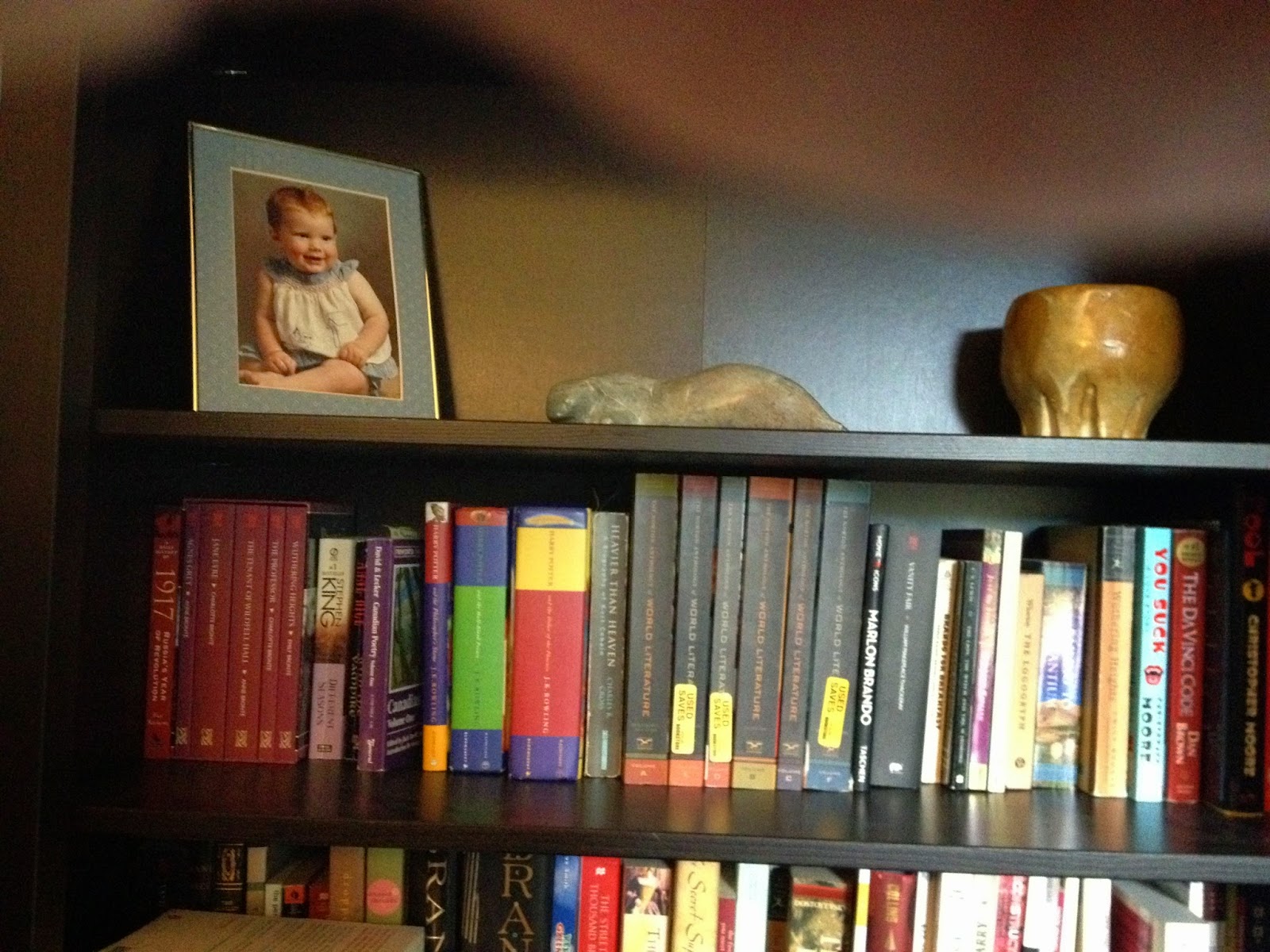 I grew up understanding the freedom that came with reading, but I never fully appreciated that freedom until I became an actual reader. In primary school, I would go dutifully to the library once a week with my classmates. The library in my school was a long room, crowded with shelves and tables. It had knooks and corners where you could hide from the teacher and the librarian, and pull books out onto the floor and look them over—as long as you didn’t get caught. Our librarian was something of a tyrant when it came to handling books, and God help you if you mistreated a book, spoke above a whisper, or laughed out loud during library time. The nearest thing in my experience to the library at that age was the local United church where my mother dragged me and my siblings. The only difference was that after a while we stopped going to church.
Funnily enough, I didn’t fully appreciate the places books could take me until after I lost my sight at age ten. As a blind kid, I suddenly didn’t have access to books in the same way, so being able to read took on a whole different meaning.
The first time I heard about books or authors being banned in other countries, I was shocked. I think that was Solzhenitsyn. When I learned that books such as Huck Finn and Lord of the Flies had been banned at various points I was still shocked, but more appalled that the banning of books could happen in North America. At some point in there I read Farron Height 451. That was an eye-opener.
The impulse to ban or to challenge books is one that goes back a long way, and it came home to me most poignantly as I began to study children’s literature. Surprise, surprise, many people in the nineteenth century didn’t want children reading Grimms’ fairy tales. Too violent, too explicit, and too gruesome for young minds. The rational moralists of the late eighteen century in England, led by such writers as Maria Edgeworth, had particular things in mind for young readers. Edgeworth’s The Parent’s Assistant, for example, included stories for kids that privileged Christian and middle-class values, and you’ve never seen the words industry and honesty appear more frequently in any text.
As a young parent with enough education to do some damage, I began to determine early on the sorts of books my kids should read. The Hobbit, The Wind in the Willows, Winnie the Pooh, Black Beauty, The Lion, the Witch and the Wardrobe were only a few of the books I was egar to introduce to my kids. My mother was complicit in my literacy campaign. She bought endless numbers of hardcover classics as birthday and Christmas presents. Don’t get me wrong. I always appreciated my mother’s desire to support my kids’ reading, but I was quickly learning that kids don’t always share the adult perspective on reading, or even on the best books. For one thing, what if your kid just doesn’t like to read? I was reminded forcibly of my own attitude towards books and libraries as a kid, so I quickly tried to adjust my approach with my own children.
I decided the best thing to do was to read with my kids, and not to push them in any particular direction. I think I made that decision after getting part way through Black Beauty with my youngest. She freaked out when Ginger, the horse, died. I had the same experience with my eldest reading a Children’s Classic version of David Copperfield. She cried at the treatment David received from his stepfather. We never finished reading those books.
In 1999, my kids’ mom and I had a heated discussion about this new book making its way around the school. It was something about witches and wizards. I knew nothing about it, but I agreed to read the book first, before letting the kids read it. That was my first experience of Harry Potter and the Philosopher’s Stone.
I have done my best to read the books my kids are reading ever since. That’s included stuff they had to read for school, such as The Kite Runner and Life of Pi, and later, those books my kids said I should read—because they’re good, and you would like them—such as The Fault in Our Stars and Gone Girl.
As a parent and teacher, I have always encouraged my kids and students to read critically—to read, think, and talk about books. You can decide what books you think are best for kids, but they usually have ideas of their own. What sort of message do you send a kid when you tell that kid he or she can’t read Harry Potter or Captain Underpants? If you don’t want a child to read something, ask yourself why, and then read the book—and by read, I mean read critically and deliberately. Too many adults approach books and information with enough preconceptions that it’s a wonder anything gets communicated at all. And kids who are told some books are wrong, bad, or not worth reading will carry that attitude into their adult reading—or, they will just read the books you don’t want them to read anyway.
Some books are bad. Some books aren’t’ worth reading. Some books offer political or subversive messages. But don’t blame books. It’s people who ban books. Its people who decide what books to challenge and what should or shouldn’t appear in school libraries. And it’s people with a vested interest in maintaining their own political or religious ideologies who represent the greatest threat to the freedom of information and the right to choose.