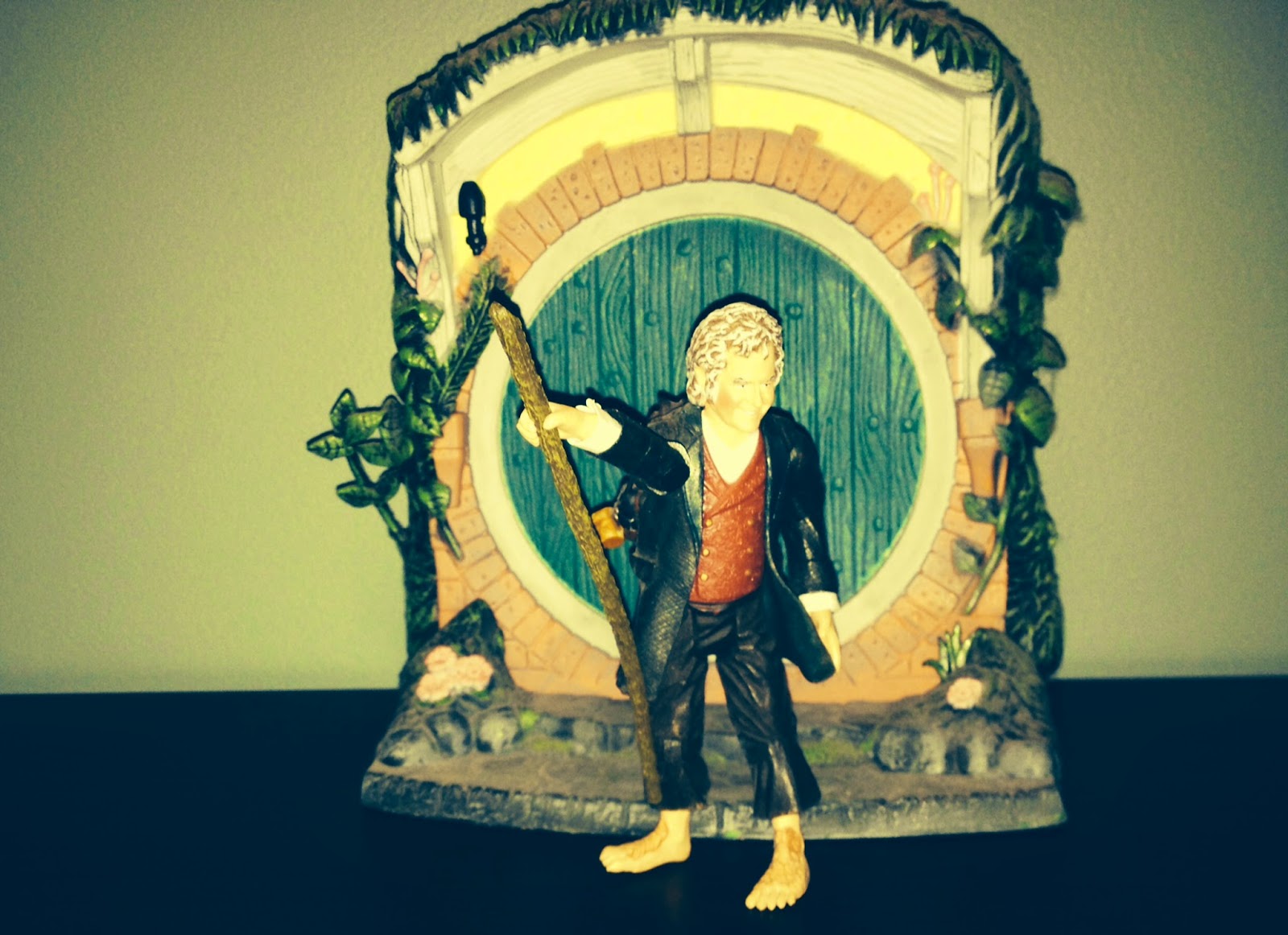 Alert! No Spoilers
Peter Jackson’s The Battle of the Five Armies is due to open soon, and I’m looking forward to it with reluctant anticipation. It promises to be a digital blood-bath. Having split his filmic rendering of J. R. R. Tolkien’s The Hobbit into three parts, this latest film will focus largely on the battle at the Lonely Mountain.
Mind, no spoilers, but I don’t think it’s difficult to guess what Jackson will do with this film. First, expect this movie to be mostly about the battle at the Lonely Mountain, with extended slow-motion shots featuring individual fights—not to mention the swelling orchestral score in the background. I’m guessing we will have a face-off between Thorin and Azog (a plot twist I never liked).
Second, and this isn’t a spoiler if you’ve read the book, the dragon also has to die, and this will be most spectacular. The death of the dragon in the book is one of my favourite scenes. It’s useful here to point out that the slaying of Smoug is where Tolkien’s narrative leaves Bilbo and company behind at the mountain, while it follows the dragon to Lake-Town, where he is slain by Bard the Bowman. It’s an important scene for several reasons. It’s a dragon slaying, for one—an individual, heroic moment that is signature Tolkien. But it’s also a major narrative shift in the book. Much more is happening in Tolkien’s world than Bilbo is aware. The narrative has to break away from Bilbo’s perspective in order to show the larger scope of the heroic world, and the positioning of its various peoples in response to the attack and death of the monster. I’m a purist, so I’m not going to call Tolkine’s world of The Hobbit Middle-Earth: Tolkien doesn’t introduce the term Middle-Earth until The Fellowship of the Ring. And by the way, other names, such as The Shire, don’t appear until the later book either.
My point is that Tolkien’s world of The Hobbit has more scope than simply Bilbo’s seemingly ill-fated journey with the dwarves. Think about it. Thirteen dwarves and one hobbit set out on an epic adventure to recover treasure from a live dragon. This is a journey that hasn’t much hope of success, and most of the book focuses on Bilbo’s experience of the journey. He knows little about the world in which he finds himself, and even Thorin considers the treasure  his, and doesn’t think about any of the other people injured by the dragon, or who might be interested in the treasure once the dragon is dead. After the dragon leaves the mountain for Lake-Town, the book expands in scope to include most of Tolkien’s northern world—the men of Lake-Town, the Elves of Mirkwood, Dain and the dwarves of the Iron Hills, the eagles of the Misty Mountains, and Bolg of the North and his goblin army.
Back to Jackson’s film. Another stray thread from his second film is the attraction between Kili the dwarf and Tauriel the Wood-elf. Not looking forward to this one at all. As I said, I’m a purist when it comes to Tolkien, and I think setting up a love story between a dwarf and an elf is ridiculous—not to put too fine a point on it. Ask Tolkien whether or not a dwarf and an elf could ever get together in his world. He might chuckle, and he might look at you with incredulity, but he would most certainly launch into an historical explanation of relations between the two peoples throughout his legendarium. And before you point it out, Galadriel and Gimli don’t count. Gimli’s adoration for the Elven queen was an aboration—and it was an elevated, platonic, and one-sided love on Gimmly’s part. You might think that pairing was ridiculous. You are free to think so. Gimli’s love was lofty and chivalric—however unpalatable it might seem—while Kili’s attraction to Tauriel is reciprocal and suggests something more lusty and physical.
I will go see the film—probably more than once—and I will spend time processing whatever Peter Jackson does with the story. Its entertainment, and I have to see it as entertainment; otherwise, I get too bothered by what Jackson is doing to one of my favourite books. And I want to go on liking the films.
One final comment. Jackson chose to separate his adaptation into three parts, the last of which focuses on the battle. Read the book. We don’t get much of the Battle of Five Armies (not the Battle of the Five Armies) in Tolkien’s text, and Bilbo is actually knocked unconscious by a falling rock early on, and he hears about the details from Gandalf after all is over. Tolkien writes in the heroic tradition, which you can see in his representation of battles throughout The Hobbit and Lord of the Rings. But he didn’t romanticize war, and he always commented on its brutality and its accompanying loss and sorrow. Pay attention Peter Jackson. Your need to indulge your propensity for epic battles comes at a cost. You are missing Tolkien’s profound understanding of war and warfare: an understanding grounded in the heroic tradition, but tempered by his World War I experience in which he lost three of his closest friends.
I’ll leave you with this comment from the Elvenking, before the battle is ever joined:
”Long will I tarry, ere I begin this war for gold. The dwarves cannot pass us, unless we will, or do anything that we cannot mark. Let us hope still for something that will bring reconciliation. Our advantage in numbers will be enough, if in the end it must come to unhappy blows.” (Tolkien, J. R. R. The Hobbit.  New York: Harper Colins, 1999. 358. Print.)