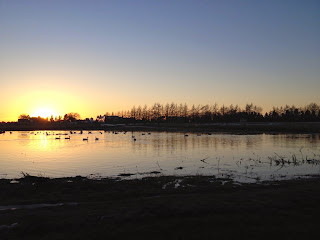 If you are like me, then you are already planning or even doing your summer reading. While it’s not quite summer yet, it’s never too soon to start.
As I spend so much of my time reading children’s and young adult books during the year, I try to read something different during the summer. For several summers now, I have read something by guy Gavriel Kay. He writes fantasies, which are re-inventions of historical periods, and always worth it. I’ve made a point of reading something by Bernard Cornwell every summer as well—historical novels rated high for blood and guts. Summer is a time to read something new, something different, or just something you haven’t had the time for in the past.
I try to find a series—something to keep me going for a while. Here’s a list of ten series, some of which I’ve read and some I haven’t, and in no particular order. some are children’s and young adult, and some aren’t. Whatever you pick up this summer, remember to tell a friend about your latest discovery. Happy reading.
1.      The Black Magiciantrilogy, by Trudi Canavan
An interesting fantasy series by an Australian writer. Sonea, a poor girl living in the slums of Imardin, discovers that she has the power of the magicians, which leads to a city-wide hunt, which, for Sonea, possibly means the loss of her freedom. This series has magicians, a school for magicians, and plenty of intrigue. And no, it’s not like Harry Potter. It’s slower, more thoughtful, and it breaks some unspoken rules of fantasy, which you will have to discover for yourself. I like the series, and I’m currently reading book three, The High Lord.
2.      The Dune Saga, by Frank Herbert
I first read these books in my early twenties, and I wasn’t smart enough then to appreciate what Herbert was doing. The series is a profound achievement in fantasy and science fiction. Herbert’s son, Brian Herbert, together with his coauthor Kevin J. Anderson, have continued the saga beyond the original six books. While the books that continue the story—and there are more than a dozen—are entertaining, and give you more of Herbert’s world, they aren’t’ quite the same. But I liked them enough to make a reading project out of the series two years ago.
3.      Magician Trilogy, by Lev Grossman
This series went some way to blow my metaphorical mind. Grossman is re-inventing the Narniabooks in a series about Quenton Coldwater and his magician friends. These characters are obsessed with a series of books in which five kids visit a magical land called Filory. Reading the first book in the series drove me crazy for a while, until I realized that Filory was fictional, and Grossman’s version of Narnia. These are compelling books, and if you are a Narnia fan, not for the faint of heart. More magicians, another school for magicians, and, no, not like Harry Potter.
4.      Women of the Otherworld series, By Kelly Armstrong
This is a series of books by a Canadian fantasy writer. You will get your fill of werewolves and supernatural creatures with these books. I haven’t read them, but they come highly recommended.
5.      The Warrior Chronicles, by Bernard Cornwell
Blood and guts is the order of the day with these books. They are narrated by Uhtred of Bebbenburg, who tells the story of the days of the Saxon kingdoms at the end of ninth century Britain. I loved reading these books, and I look forward to the most recent, The Empty Throne.
6.      Aubrey Maturin series, by Patrick O’Brian
More historical fiction, this time on the open sea. This series includes twenty books that will keep you going for some time. I haven’t read the series yet, but it comes highly recommended by a friend.
7.      The Flavia de Luce series (The Buckshaw Chronicles), by Alan Bradley
This is one serious girl detective, living in London of the 1950s. I’ve only just started the first book in the series, The Sweetness at the Bottom of the Pie, but it’s on my list for this summer.
8.      The Secrets of the Immortal Nicholas Flamel, Michael Scott
No, Harry Potter will not help you here, either. A series of five books that is nothing short of a collision of worlds. I’ve read the series twice, but I confess I haven’t quite figured it out. Still, I recommend these books that centre on the adventures of Josh and Sophie, the twins of destiny.
9.      Diary of a Wimpy Kid series, by Jeff Kinney
Greg Heffley is awesome, and a little stupid. I never get tired of these books. They are fabulous for reading out loud, and you can enjoy them as a kid or a parent. Each book is a quick read, and always fun.
10.  Bartimaeus Sequence, by Jonathan Stroud
This is a gem of a series, and I was thrilled to find it a few years ago. I even managed to convince my youngest daughter to read it; she loved it too—thank god. The series is told from the perspective of three different characters: Bartimaeus, the sarcastically funny djinni, Nathaniel/John Mandrake, the precocious little twerp who summons Bartimaeus in the first place, and Kitty Jones, the commoner and rebel, who has more sense than anyone else in the series. I’ve read this series several times, and love it every time. If you want fantasy, and something a little different, then this series will do it. If you happen to get the Audible version of the series, you will meet one of my favourite readers, Simon Jones.